Online payment in Vietnam was booming in 2019, especially under huge foreign capital investment in and hundreds of Fintech companies’ emergence. But what’s more impressive? – There is a digital wallet that has changed the face of mobile payment in Vietnam called Momo. With a series of great deals like cashback, discounts, gift vouchers,… Momo Super App is that all-in-one application you can’t resist using!

In fact, the digital payment sector of Vietnam has seen remarkable growth lately. From 2016 to 2018, the number of fintech companies operating in Vietnam increased from 40 to nearly 100, including 26 intermediary payment service providers. According to Statista, the total transaction value in the Digital Payments segment is estimated to amount to US$10,073 million in 2020.

The e-wallet mobile payment is blooming in the scene, too. According to the State Bank of Vietnam (SBV), the value of e-wallet transactions in 2017 reached a total value of VND 53.1 trillion (USD 2.3 billion). For the time being, about 30 Vietnamese fintech companies have been granted licenses to provide intermediary payment service, mostly e-wallets.

Since the competition among e-wallets is getting stiffer, MoMo E-Wallet is making its own moves away from the overarching preference for cash in the country. Providing great benefits to both customers and suppliers, MoMo super app is now common not only in Vietnam but also with top innovative fintech companies worldwide.

If you are wondering what MoMo is or how MoMo becomes a leading super wallet, here’s a look at this Vietnam mobile wallet!

Following the successful Asian tech players like Tencent’s WeChat, Indonesia’s Go-Jek and Singapore’s Grab, MoMo has rapidly developed into a lifestyle “super-app”. Today, it attracts up to 10,000 partners varying in different fields such as consumer finance, insurance, e-commerce, shopping and transportation.

More than 100 “mini-programs” are included in Momo now. Momo Super App presents an opportunity to give consumers a more immersive experience. Without downloading any external app, users can send money or pay bills, buy insurance policies, pay for goods at more than 100,000 payment points across Vietnam.

★ For example, you come to Starbucks to get a cup of coffee, wouldn’t it be easier and more efficient to buy just using a smartphone?

Through Momo QR code, you can scan, edit the price and then purchase. So handy right? Anything that helps shorten your wait at Starbucks. What’s more? – Momo E-Wallet often gives you plus cashback points toward your bill.

MoMo has achieved tremendous success during the past 12 years. For its achievements, Momo is the only Vietnamese representative in the ‘Leading 50’ category. This is the first time a Vietnamese company has broken into this special group, positioned 36th. According to the Fintech 100 report, MoMo grosses over 8 million customers and a growth rate of 15% in monthly transaction volume and user base.

In the nation, M-Service’s MoMo mobile payment app is the undisputable leader with an estimated 10 million users! Earlier this year, Vietnam’s beloved e-wallet secured huge funds from big-name investors – through a Series C funding round, led by Warburg Pincus. The investment was in the region of $100 million, making it one of the largest single rounds ever raised by a Vietnamese startup. According to its CEO, Pham Thanh Duc, this funding is “game-changing” for the company.

The company posted its largest ever transaction volume and number of active users.

How does Momo become a Super Wallet?

Besides exploiting a giant customer database, investors are also looking forward to the “super-app” vision of MoMo. This e-wallet is projected to meet all daily behaviors through the payment features namely savings, gas stations, schools, hospitals, etc. That is a key infrastructure that empowers Momo in growing into an all-in-one everyday super app.

MoMo Super Wallet is present in everyday life. People can take a taxi in the morning to the office and pay with Momo super app. Users also pay for lunch, buy goods at supermarkets, book cinema tickets and make payments through the e-wallet. Momo is there one way or another.

Digital wallet is gradually becoming an inevitable trend. Statistics from the Ministry of Industry and Trade claimed that: “Vietnam is one of the countries with the highest growth in e-payment worldwide with a rate of about 35% per year.”

“MoMo is committed to realizing that vision by accelerating the adoption of digital payments and enabling equal opportunities for all Vietnamese to benefit from the digital economy,” – Mr. Tuong said.

MoMo will also continue to invest in technology, including in areas such as AI, security and big data capabilities, in order to deliver innovative financial services solutions and serve the unmet needs of consumers.

The online payment market in Vietnam has great potential, and now is the ‘golden time’ for e-wallets to develop. According to the State Bank of Vietnam, there are 30 businesses have been granted licenses to provide e-wallets. But only four of them have a higher number of transactions, including MoMo, ZaloPay, Moca and AirPay.

In Vietnam, dozen of e-wallet players are fighting for a piece of the market. As for AirPay, the e-wallet is the product of Vietnam Esports, backed by SEA Group. AirPay in Vietnam does not only have an ecosystem from Shopee but also benefit from customers who buy game cards from Garena and order food online via Now.

ZaloPay, a well-known name in Vietnam, was cited as a diverse mobile wallet ecosystem that includes different types of services. ZaloPay enables online payment for electricity, water, internet and TV as well as money transfer via QR code, etc.

With lots of potentials, the battle of “super applications” will be increasingly competitive and attractive in the near future. Digital wallets regularly update information about users and new services. But, they never issue reports about profits.

Most e-wallets are still taking losses and are trying to familiarize people with non-cash payments.

Will M_Service’s Momo make history like WeChat? Will ZaloPay continue to succeed as it did on the ride front? Or will Airpay go back and forth? – Time will tell all.

Read also: Fintech| The rise of super app in Vietnam

Moreover, AgileTech is currently building 02 Super Apps with huge customer ecosystems about Travel and Young adults (under 30). Promoting your mobile app will help you:

By providing multiple needs and services, AgileTech is here to ensure Super App as a successful element of your omnichannel strategy. We have expert Project Managers along with excellent teams who have delivered the best products to customers in more than 10 countries, namely the U.S, U.K, Germany, France, and Singapore. You can contact us at [email protected] or via (+84) 936 281 059 for more information. 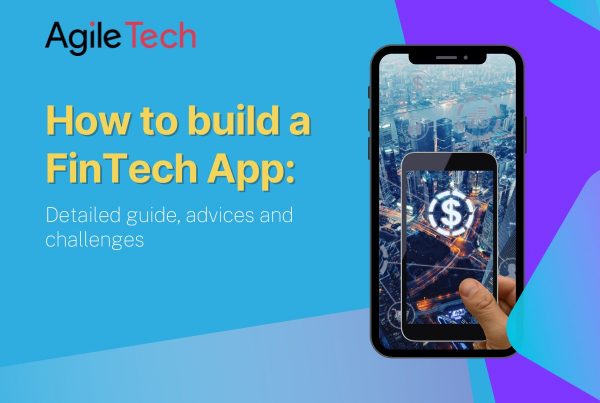 How to build a FinTech App: Detailed guide, Challenges and Advices